Another listeners email with a great show topic.

Buy me a Tea

Presented by Nexen Tire and Icon Vehicle Dynamics: This week we recap out trip across the Mojave Trail. Only one u-turn and nobody died. We consider that a successful outing. We talk about who went, what we did, what we will change for next year, and how Cody needs to streamline his camping game.

This Week In Jeep: 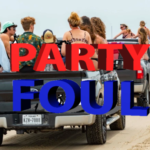 We were just kidding people

Last week we reported about the first mass Jeep gathering to take place since this covid epidemic first began. The annual Go Topless Day event fills the sands of Crystal Beach on the Bolivar Peninsula.  Galveston County sheriff’s office had their hands full last year when over 100 arrests were made and 400 calls were made to the local 911. We reported on this too, and in making light of it quoted the 2013 movie Wolf of Wall Street, when we said those are rookie numbers and that we need to get those pumped up. WE OF COURSE WERE JUST KIDDING! But despite our pleas for Jeepers to represent the JEep world in a positive light , there were still DOUBLE the arrests from last year, totalling 200 people taken into custody for offences ranging from DUI, disorderly conduct, public indecency, driving without a seat belt, assault, …and the list goes on. As if this isn’t enough, two people were shot at this year’s event. According to the A.P. the shooting happened Saturday, when a group of men started fighting, which led a group of nearby women to start fighting, and that’s reportedly when ((QUOTE)) “a husky male discharged a firearm into the mayhem and injured two of the men.”  Those two individuals were subsequently airlifted to the University of Texas Medical Branch at Galveston with non life threatening injuries. But stil, this is not the kind of reports we need to be hearing about after the first big clear weekend of lifted restrictions. I will say this though… In most of the pictures, videos and news clips I’ve seen from all this…. In every one of them, there were more ford trucks than anything else. I’m just sayin’ …. Maybe it’s not our fault… Still… 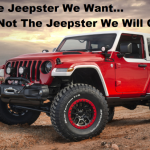 If you are one of the tens of thousands of people who have been listening to this show for 5 or 6 years or more, than you are likely all too aware of my feelings towards FCA’s executive decisions over the years on which name badges from Jeep’s past are resurrected for whatever whimsy or hairbrained idea they come up with. I made no effort to hide my opinions on the regurgitation of the Cherokee name badge they slapped on the ass of the abortion that they released back in 2015. And when the “cutest yutest that ever was” was forced down our throats sporting none other than the iconic Renegade name badge from the CJ era, it was all I could do to contain my angst and disappointment over what was without question as much of a bad choice as the RE-use of the Cherokee name. Using the Renegade and Cherokee badges for two vehicles based on failing Italian car platforms is if nothing else a disservice to Jeep history and  not what I call paying homage to what made those names icons in the Jeep world. But I digress. As much as I would like to revisit old tirates, i’m afraid this report fall just shy of a full on deja-vu, as it seems there are rumors that FCA may once again festoon a renowned and cherished Jeep name badge from yesteryear on something that doesn’t deserve it. This oddly enough won’t be the first time this will have happened to….  “The Jeepster.” There have actually been five incarnations of the Jeepster name. The first was before Jeep was Jeep, when Willys-Overland unveiled the first Jeepster in 1948 as a more car-like take on the more rugged Jeep Truck. That effort only lasted two years on sale before retirement. In 1966, Kaiser visited the Jeepster’s grave to try again, this time targeting the Ford Bronco and Toyota Land Cruiser with a model that came in four body styles and remained on sale for six years, earning the respect and admiration of true blooded Jeep lovers everywhere for decades to come.  In 1998, Jeep showed off a Jeepster concept channeling the Willys-Overland version that, again, looked like someone gave Chrysler a Jeep to turn into a Chrysler, but for more money. It ended up resembling a dune buggy more than anything. Then, in 2018, Jeep took a Jeepster concept that channeled the Kaiser model to Moab for the Easter Jeep Safari. That was the red one with the white top that many of us very much wanted to make it to production. Now, for the fifth stab at it, FCA is announcing that Jeep has a 2020 Renegade Jeepster Edition on the way. So will this be a top of thine trim, or a limited edition with some never before seen tech? NOPE… To add yet another notch to the disservice to the name badge belt, the new Jeepster will be based on the bottom of the line, stripped down, entry-level Renegade Sport trim. Oh and if you want any other color than white, it will cost you a minimum of $245. History holds that the Renegade, like a few of the Jeepsters of yore, is a temporary application of something that isn’t going to last, and we will likely see it again in the future. But I don’t think anyone can argue that  this isn’t the return anyone would have hoped for the Jeepster name.

If you’ve got a news tip, or you have a response to any one of our stories, make sure to let us know by phone or by email, just head over to Jeeptalkshow.com/contact to find out how.

Top 5 Jeep Rules (stolen from a meme on Facebook…)

And the number one Jeep Rule… 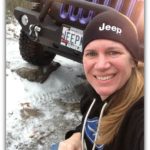 I posted a video April 1, 2018 on my Youtube Channel (see below) Top 5 Jeep Wrangler Easter Eggs, a tribute to the Willy’s Jeep. Back in 2010 Jeep “hid” easter eggs in the Wrangler as a tribute to the iconic Willy’s Jeep. I listed the Top 5 that I found in my Jeep and asked others to share their finds in the comments. Some were the silhouette of Willy’s Jeep on the wheels and the corner of the windshield. There was the Jeep grill also etched in the cup holder and there are many more. Jeep has placed these Easter Eggs in other Jeep models as well. A couple of days ago I started getting notifications of comments on this video from two years ago. Then I noticed the views jumped up a lot. In less than a week this video got 15 thousand views. I was like what in the world is going on. So I did some research. A 20 year old college student discovered an Easter Egg on her Jeep and said I didn’t know this existed. She posted it on Tik Tok.  By The Way TikTok is a video-sharing social networking service owned by ByteDance, a Chinese company founded in 2012.. It is used to create short dance, lip-sync, comedy and talent videos. HEEEEEELLLLLOOOO 20 year old college student where have you been. This story is even in the USA Today!!! WTF!!! I shared this 2 years ago and I never got an article in the USA today!!! So I decided to reach out to the USA Today “Trending Technology” reporter. I messaged him on Twitter. I shared that these Easter Eggs have been around for a decade, since 2010. They are a tribute to the Willy’s Jeep. The Jeep that won the War. I told him these young Jeep owners need to have a better understanding of these Easter Eggs. I hope he will dig a little deeper and elaborate on his story. I then tweeted him.  @BrettMolina23 those Jeep Easter Eggs have been around for a decade. Have to say I scooped you 2 years ago. LOL.  This new discovery by the 20 year old has rejuvenated my video. 15K views in less than a week. So  Now it’s all the rage for these young vehicle owners to share the hidden designs on their cars and Jeeps, sharing Easter Eggs on TikTok and Twitter. One TikTok user found a hidden spider design in the gas pump of their Jeep. Others have posted finding flip flop icons -The Renegade- lizard carvings – The Compass –  and drawings of miniature vehicles. HEEEEEELLLLOOOO that’s the Willy’s Jeep!  But do they know the Jeep JL Willy’s Edition when you turn up the gauge brightness level you will see an original Willy’s in the display. The Jeep Renegade trailhawk has dozens of these easter eggs. And I just discovered under the hood latch of my Wrangler it has 7 slots Yes 7! This college student wrote “Jeep was really trying to get me” with the laughing emoji. HAHA no they weren’t they were making a tribute to Jeep History! It had nothing to do with you.  She said in her video “So I bought my first car (IT”S NOT A CAR) and a fun fact about Jeeps is that they have a hidden animal called an Easter egg,” she continued: “Well, I couldn’t find my Easter egg for the longest time, and one day I was pumping my gas and I saw a spider coming at me. I realized it was my Easter egg.”  One tiktok user wrote  Dude it’s true

No result could be fetched.